Mike Epps’ new Netflix sitcom is set in Indianapolis. Here’s how the city is portrayed.

Once again, Netflix has a new offering that puts Hoosiers front and center.

Following in the footsteps of “Stranger Things” and “The Prom,” “The Upshaws” is the latest Netflix original set in Indiana.

Unlike the others, “The Upshaws” ditches the trend of using fictional Indiana towns and drops the show right in Indianapolis proper. The Indy connection is made even stronger with native son Mike Epps serving as both leading man and executive producer.

But how much does Indiana actually show up in season one? Here’s what you need to know before you tune in. 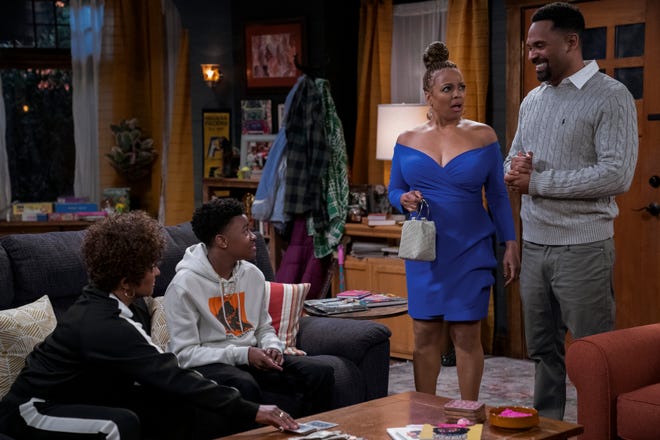 What is ‘The Upshaws?’

“The Upshaws” feels like a bit of a throwback as soon as it starts. It’s a multi-camera, laugh track supported affair with episodes that come in just under 30 minutes.

In format, it feels like something from the early 2000s era of family sitcoms. Think “The King of Queens,” “My Wife and Kids” and “Everybody Loves Raymond.” Right down to the husband who often screws things up and makes life harder for the wife that is out of league.

“The Upshaws” attempts to tweak the formula a bit by presenting an unconventional TV family, but one that feels extremely familiar in the real world. There are strained relationships and “forgive but not forget” transgressions all over the place.

It makes for a family unit that can’t help but draw comparisons to the “Roseanne” clan that once called Landford, Illinois, home.

As a result, the characters and their imperfections combat some of the inherent cheesiness that comes with multi-camera shows in 2021, and the one-liners that often trigger the laugh tracks.

Much like the Upshaws themselves, the show isn’t perfect, but it gets the job done.

Who is in ‘The Upshaws?’

Mike Epps stars as Bennie Upshaw, the father of a working-class family living in an unspecified part of Indianapolis. He is a mechanic who runs an auto shop called Bennie’s Garage.

He is married to his high school sweetheart Regina, played wonderfully by sitcom legend Kim Fields. If her name doesn’t ring a bell for you, think Tootie from “The Facts of Life” or Regine Hunter from “Living Single.”

Bennie is also father to a teen son played by Diamond Lyons who he had with another woman (played by Gabrielle Dennis) when he and his wife were “on a break.”

Rounding out the main cast is Wanda Sykes, who plays Bennie’s trash talking, ever present sister-in-law. “The Upshaws” was co-created by Sykes and Regina Hicks, who serve as executive producers alongside Epps, Page Hurwitz and Niles Kirchner. 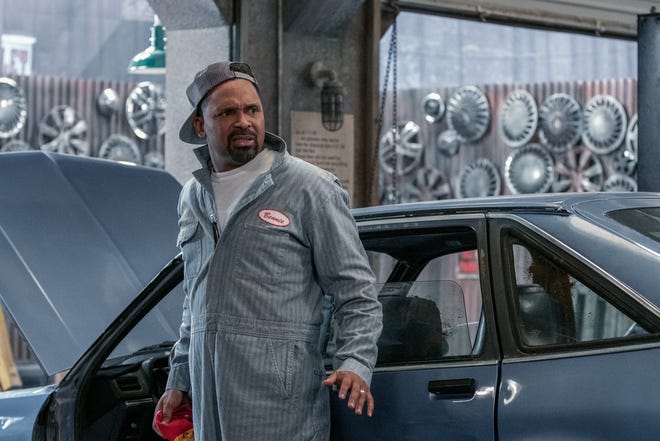 So how much of Indianapolis is in ‘The Upshaws’?

Not a ton, but that’s understandable considering it was shot at a studio in California.

The first season of “The Upshaws” was shot at Sunset Bronson Studios in Hollywood, home of Netflix’s Los Angeles operations.

In other words, don’t expect Epps to gather his on-screen family to take pictures at the Circle or grab dinner at Mississippi Belle at any point during the 10-episode first season.

Filming began in early 2020 before being interrupted in March by the coronavirus pandemic. Filming resumed in August, and the original late-2020 release date was pushed to this week.

Instead, “The Upshaws” and Epps do their part to insert as much Indy into the script and set without drawing attention to the fact that they’re not really here.

The first sign of anything Indiana shows up in episode one when Epps dons one of his many Pacers hats while checking out a VFW as a potential spot for his teen daughter’s birthday party.

In the second episode, the setup involves Epps scoring a hookup for a free dinner at a fancy restaurant on Illinois Street called Chez Cocu. In that same episode, we see the Indianapolis Colts banner that hangs in the Upshaws living room for the first time.

In one scene, Epps’ wife sits on the couch and talks about being exhausted after her long day of work at fictional Mercy General hospital. She says all she wants to do now is climb into a warm bubble bath while Idris Elba cooks dinner.

Epps quips back with, “You know they say I’m the Idris Elba of Indiana!” like only he can.

And that’s about as far as it goes for the rest of the show.

There is mention of an altercation at a Pacers game as characters are establishing a local tough guy as someone you don’t want to mess with. There is Fields going after a new job at St. Vincent Hospital when things at Mercy General begin to sour. There is a sign for “Indianapolis Interstate Bank” as folks wait in line at the ATM.

There is Epps asking “Safeway or Kroger?” at a trivia night when asked the value of pi.

Local police even show up! Kind of. In one episode, a misunderstanding leads Epps’ family to call the police on his gentle giant, fresh-out-of-prison buddy who has been crashing at their place in secret.

But Indiana is always there. In a pivotal, emotional scene at the end of episode six when Regina has finally had enough of Bennie’s foul ups, the husband and wife are both covered in Pacers gear.

“The Upshaws” sprinkles a little Circle City seasoning on every episode, but it’s definitely not the meal.

How can I watch ‘The Upshaws?’

“The Upshaws” is available to all Netflix subscribers now. 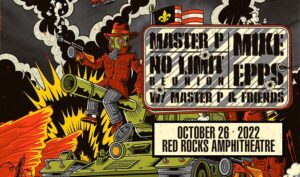 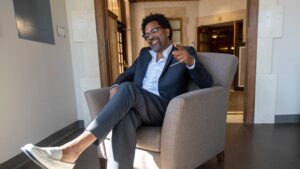 Indiana Mike out now on Netflix!

In Mike’s third Netflix stand-up offering, “Mike Epps: Indiana Mike,” premieres globally on March 29. The hour-long special was filmed at the Walker Theatre in the comedian’s hometown of Indianapolis, 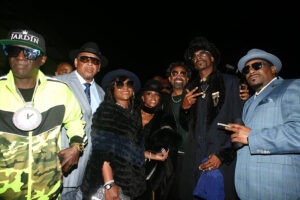 Featured on iHeart Radio By Kiyonna Anthony Snoop Dogg is officially a member of the 50 club. On Thursday, the hip hop legend celebrated his 50th trip around the sun